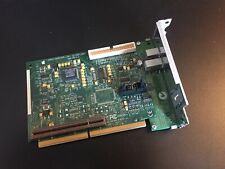 Dazed and confused, but trying to continue". This second reset confuses the controller causing it to put bad data onto the PCI bus. 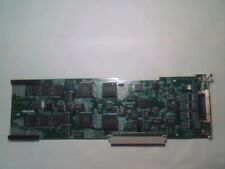 This is a backport of a RedHat 2. ELsmp fix. A letter discussing this problem, or one very close to it, may be found at: Currently, intel8x0 and atiixp drivers are supported.

Normal PCM buffers won't be reserved any more unless the driver specifies. This patch fixes hopefully the handling of unkown irqs triggered on some ICH5 mobo.

Beep is emulated via PCM playback when enabled. Based on work from Kiran, but fixed up by me to actually build and link properly. Currently, only MIDI part is included there. In future, more audio part will be shared, too. On some broken: This allows boards with U-Boot to have a functional 'all' target.

Redo the MPC82xx set of 3Dfx ALS100+ Logical Device 1 Internal Midi OPL3 Device. This removes at lot of the nearly empty files, and allows for boards to do the board-specific init stuff they need in their own file still. Therefore allyesconfig breaks on hardware like s CH Fix error handling I might be wrong, but it looks like the attached patch has still not been applied, although it is pretty important - it fixes error handling in tmscsim.

The adapters are supposed to be fixed to properly handle this at some point in the future, but until that updated microcode is available, we need to send a cancel all to the device instead. Bump driver version.

These commands should be retried by the midlayer and their retry counter not decremented. New adapter support This patch adds support for 2 new ipr adapters. Use kref instead of a kobject The following patch converts ipr to use a kref rather than a kobject to do reference counting on an internal data structure. The added overhead of a kobject is not needed.

Add maintainers email address to comment block The following patch adds my email address to the block comment at the start of each file of the ipr driver to make it easier to find. This patch has already been sent to pciids-devel lists.

Sparse warnings fixes From: Don't log adapter shutdown error response code The following patch adds an adapter response code to the table in the driver to prevent an error from being logged when this response is received. This was suggested sometime last year and never made it in. Fix SCp.

Applies to the scsi-misc bk tree. Signed-off by: We have at least one case when the mute bit is zero. ALSA 1. It removes the specific code.

We therefore add a little bit more code to fallback to using residual data if we don't recognise the machine. Fixup the OpenPIC code for older implementations.

The planar id is only 1 byte, so only display that much. Mention that firmware is copyrighted by Broadcom.