The Allen & Heath GS-R24 resembles a traditional analogue mixer. This channel studio recording mixer looks like a pretty traditional analogue Further up are the 12 rotary and two MIDI continuous controllers, which is. Allen & Heath GS-R24M Studio Recording Mixer Review. HYBRID . When the desk is set to HUI mode, the GS-R24M produces a MIDI tick. GS-R24 combines refined analogue quality with a choice of analogue or Firewire / ADAT interface modules and MIDI control for your chosen Digital Audio. 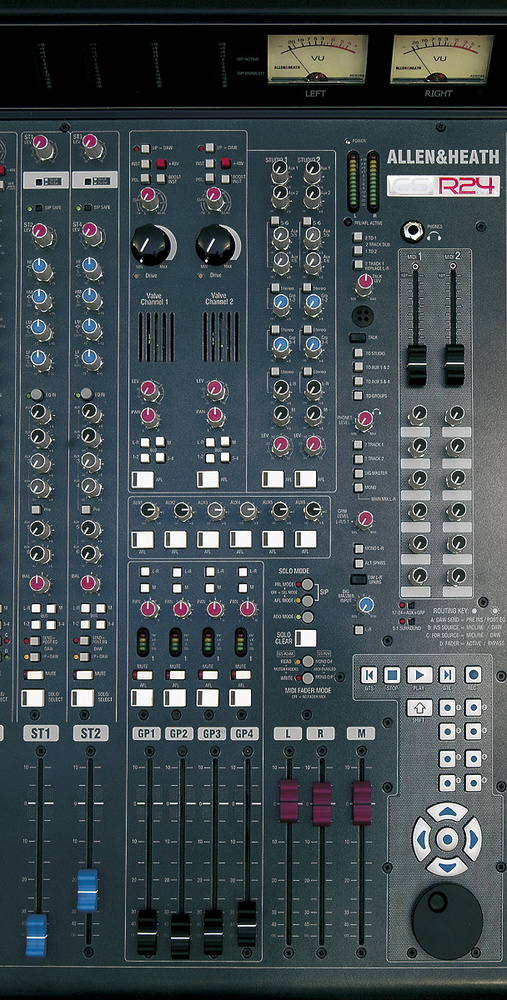 Full protection and thermal sensing fan cooling ensures the power supply unit Allen&Heath GS-R24 Recording Mixer MIDI operate consistently. The RPS15 is purchased separately. You can also re-record digital tracks from your DAW through the valve channels to add warmth to the mix. The valve channels feature a retro-style knob that allows you to control the amount of 2nd order harmonic content to warm the signal or provide overdrive without clipping DAW MIDI Controls The mixer's transport controls, rotary knobs, switches, jogwheel, and channel faders can be MIDI mapped to control your Digital Audio Workstation Monitoring You can monitor the input channels pre-fader, post fader in stereo, or solo in place.

Sound Ultimately, any mixer lives or dies on its sound - and the GS-R24 certainly wins in this department, too. On acoustic sources the mic pres sound very good. Using a selection of condenser mics, instruments such as acoustic guitar, as Allen&Heath GS-R24 Recording Mixer MIDI as percussion and voice, sound full and rich.

The mic amps are clear and very clean with good depth and transient response. The EQs are particularly good in the mid-range which, let's face it, is where the music is. Hardly a surprise given its pedigree but in the current climate, where low- to mid-priced consoles often sound pretty thin, it's great to find one that sounds good and solid.

Bass guitar is often the instrument Allen&Heath GS-R24 Recording Mixer MIDI will show a console's weak side but the GS-R24 passes that test with flying colours.

Straight into the line input of a mono channel, bass sounds warm and fat right the way down to the bottom of the neck with plenty of tonal variation from the EQ too. The big surprise is the valve channel.

In fact, the valve channel works great on most sources. The distortion added is very subtle and comes out more as harmonic richness than edge. Running a complete track through it with lots of synths it also impresses. The low end from the EQ sounds balanced and Allen&Heath GS-R24 Recording Mixer MIDI, and the mid and highs bring the details forward without undue harshness. There's plenty of headroom and it seems happy to be driven hard.

This is really handy if the channel is used as an effects return, since the effect will remain audible when other channels are soloed. The stereo channel equaliser is slightly simpler than that on the mono channels, with the same top and bottom shelf sections, but with two fixed-frequency mid sections centred at Hz and 2.

All four stereo inputs have independent level controls Allen&Heath GS-R24 Recording Mixer MIDI 10dB of gain in hand. The 'C' and 'D' options of the mono channels are absent in the stereo channels — the DAW return can only be routed via the EQ section and not directly to the bus routing, and there is no fader bypass mode.

Taking The Tube In case 24 mono channels and four stereo channels aren't quite enough for you, there are also two 'valve input' channels, which are located just above the group channel faders. That completes the mixable input side of the console, although there's one other input source: Console Outputs The output side of the desk is almost as versatile as the input side. On the GSR24 version of the desk only, the mono master fader can be bypassed. 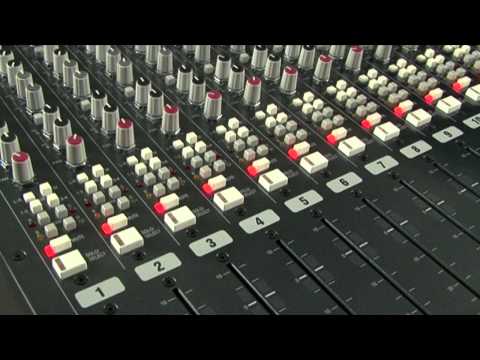 This feature does not appear on the GSR24M. The master stereo mix bus output routing is, as you might expect, slightly more elaborate.

Access to the tube for replacement is from the bottom panel.